Yay!  Spring is just around the corner, and the warmer temps have been getting us excited about spending more time outside.  Aren’t you ready for cocktails in the backyard???

Last year at this time, we were making plans to have a shade structure built over our deck.  Our reasons were two-fold:  #1, Come summer, the deck was so exposed to the sun, we couldn’t be on it during daylight hours.  And #2, we felt a structure would give the largest, yet flattest, face of the house more dimension.  Here we are back in early summer 2014, after the exterior was extensively renovated.  (If you happen to be new around here, you can read ALL about it in the archives…)

John Dwyer Architect created the new exterior design, and it’s his pro photo above.  Brownsmith Restoration tackled the renovation.  Bless them all!

So!  Fast forward to Spring 2016, and we got serious about getting something built over the existing deck.  It wasn’t obvious how to do this, as we had the balcony to consider in a design that gave us coverage and looked good.  John Dwyer came through with something that made sense.  Let’s take a look at how our pergola came into being:

Our pergola project started in early June.  First thing was to get the holes dug for the cement footings.  They were located under the steps of the deck.  That’s why you see some boards up.

Here we are on the other end.  Man!  The sun really did a number on our house paint!

Preparing for the cement for the footings…

First looks at the structure!  The temporary supports were necessary as it was being built.

You may have noticed we lost the stairs on this end?  Just before the pergola was started, we decided to replace the deck boards with new cedar, and that gave us the opportunity to extend the deck surface a bit.  We kept the rest of the original deck structure, but had new stair supports built here.

Temporary pergola supports gone, new stair support, and the last of the old boards coming up!

If you were wondering, we used cedar for the entire pergola structure and for the new deck boards.

The structure was completed mid-summer, and we LOVE IT.  We spent many late summer/early fall days and evenings enjoying our beautiful new space.

Here’s our new shady spot on a late summer afternoon.

Hey!  Did you all see our new clump birch trees?  They were a feeble attempt to shade the deck the summer before the pergola.  With a little patience, they may help, but for the next several years, they will just look pretty…

One more thing:  We decided to supplement the wood structure with a fabric shade to cut even more sun.  We special ordered it with grommets that hook to a screw system the carpenters installed on the top of the supporting beams.  We removed the shade before winter and will put it up for another summer or two until the birch trees work their magic.

We had the pergola beams and supports painted SW Urbane Bronze – same as the house!  The joists are stained.  The deck is stained Sikkens Butternut.

At a distance, you can see how the structure makes a subtle impression.  It looks great with the balcony and gives the house just the right amount of depth.  And the new deck boards were the way to go!

A-Squared Design coordinated all of the parts of this project and were wonderful to work with.  No project is without its challenges, and A-Squared gets an A-Plus (Sorry, had to go there)!

Here’s a few things we learned going the the process:

#1 …Small projects will turn into bigger projects.  We know this one from experience, and this project hammered it home.  We started with plans to build a shade structure, and ended up adding on all new cedar for our deck below, including the other two smaller decks we have at the side and front entries.

I think it may be partly psychological, like “This is going to be quick, inexpensive and uncomplicated!  Let’s dive in!”  In our case, the project doubled in cost and tripled in time.  Totally glad we did the extra work, but it’s probably better to have these things figured out before the project is underway.  Maybe we will actually practice what we preach next time? (I wouldn’t bet on us.)

#2 …Choosing a stain color is not one and done!   I thought matching stain for the new wood to the existing stained cedar rain screens and balcony decking above would be easy.  Hahahaha!!!!!!!!  Our builder suggested his favorite brand and I tried and tried, even mixing colors to achieve something close.  I learned older, weathered stained cedar is really difficult to match, and my attempts were unsuccessful.  What to do???

Ask the paint store for help!  Hirschfield’s suggested I bring in pieces of my raw cedar, and they opened several stain cans from different brands and brushed it on large sections, sending me home with several big samples.  So helpful!!!  Ended up finding something pretty darn close.  Will have to get back to you on the upkeep, as I’ve been warned we may need to recoat every couple of years…

#3 …Landscape fabric can be a solution for shade structures that need more coverage.  It’s water permeable and you can see through it too.  In our application, screwed to the top of the structure, you don’t notice it much at all.  I custom ordered the size, color (black) and density of the fabric (70% shade).  It was just over $100 for approx. 12 x 20′ size.  It’s amazing what a difference it makes!

Thanks for reading this month!   Looking forward to sharing my Flip House Project, our basement remodel, and how our interiors are shaping up lately in upcoming posts.  Until then, enjoy the month of March! 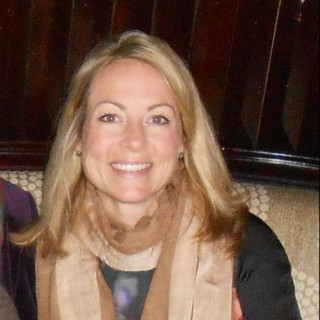